The Rolling Stones comprising of Mick Jagger, Keith Richards, Ronnie Wood and Charlie Watts gave a powerful performance for their Melbourne fans. The show began with the classic ‘Jumpin Jack Flash’ and from there the band played many of their popular songs such as ‘Tumbling Dice’, ‘Honky Tonk Woman’, ‘Start Me Up’ and ‘Brown Sugar’ to name a few. 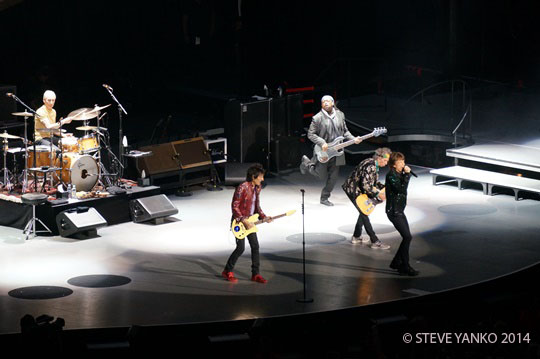 The Rolling Stones start their show in Melbourne.

When you have a career that spans 52 years and a plethora of songs to choose from it must be difficult to choose the songs to play. Some people may have not heard their favourite Stones song but based on the audience’s enthusiastic responses to the songs played I don’t think there would have been too many complaints. 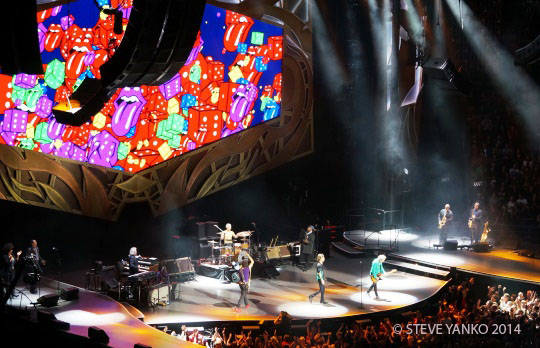 The Rolling Stones in Melbourne, Australia.

I really loved the set list and I especially enjoyed the funkier version of ‘Miss You’, the blues inspired ‘Midnight Rambler’ which featured past Stones member Mick Taylor and ‘Sympathy For The Devil’ which had the Melbourne singing the ”Whoo Hoo” parts with gusto. 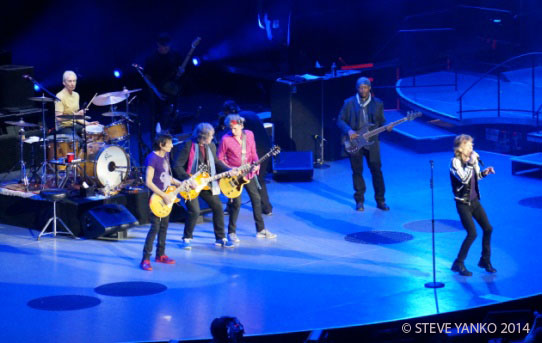 Many people would argue Mick Jagger is the best front man in the history of popular music. He’s still enthusiastic, moves better than most men half his age and he still can sing with the same conviction and passion that made him a star. 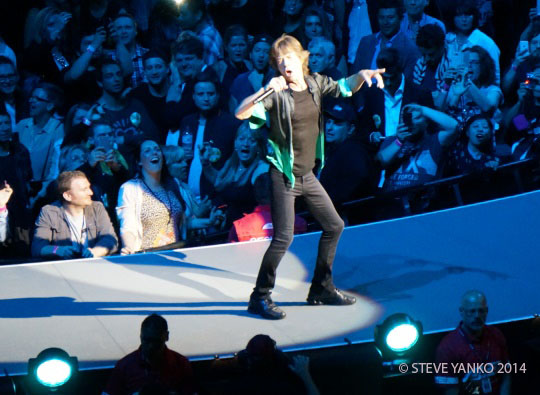 Keith Richards and Ronnie Wood looked like they were having a lot of fun and their guitar playing or as Keith calls it “guitar weaving” was exceptional. You never get sick of hearing the variations of the pentatonic scale when you hear these guys playing! 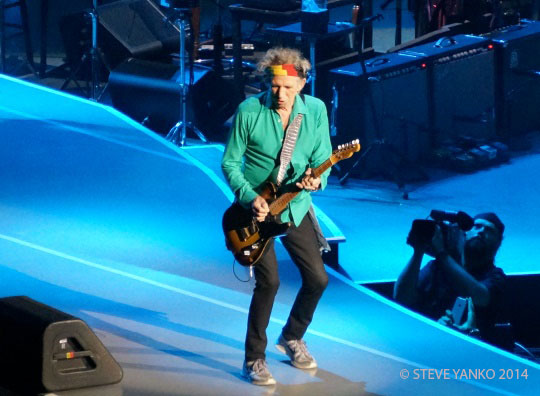 As always, Charlie Watts on drums kept the rhythm going with his tight drumming. I love his diversity as a player. The Rolling Stones were backed by Darryl Jones on bass, Lisa Fischer and Bernard Fowler on Backing vocals, Chuck Leavell on keyboards and 2 brass players.

The stage set and the visual effects for this show were excellent. The video imagery on the large screen behind the band enhanced the story or the messages of the songs sung. Instead of a mosh pit there was the “Tongue Pit”. 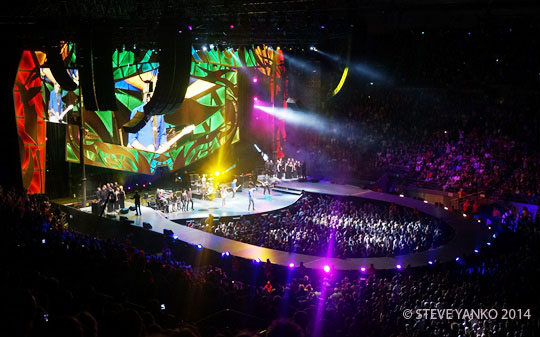 The Rolling Stones’ stage and the “Tongue Pit”.

The perimeter of the “Tongue Pit” was used by either Mick, Keith or Ronnie to get closer to the fans. At one point during the show Mick Jagger was skipping for nearly 20 metres around the Tongue Pit! Now, when was the last time you saw a man over 20 years old skipping let alone a 71 year old man? 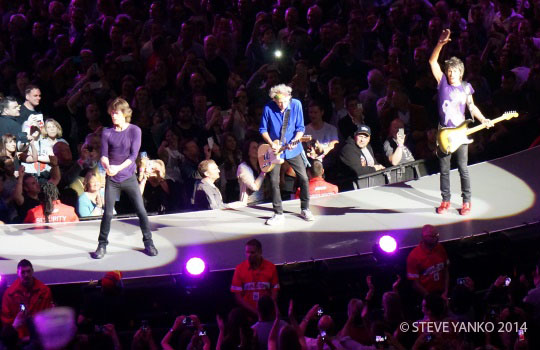 For the encore The Rolling Stones were backed by The Consort of Melbourne vocal choir on the classic ‘You Can’t Always Get What You Want’. Again, how can you stop yourself from singing a killer chorus? You can’t and the Melbourne audience sang enthusiastically during the song. To end the show, The Rolling Stones played the iconic song ‘I Can’t Get No Satisfaction’. The song still sounds great after all of these years.

While the media focuses on the ages of The Rolling Stones members, I prefer to focus on their music and their performance. In that regards, The Rolling Stones didn’t disappoint their fans. The vocals sounded great, the playing was fantastic and the songs chosen on the night were awesome. 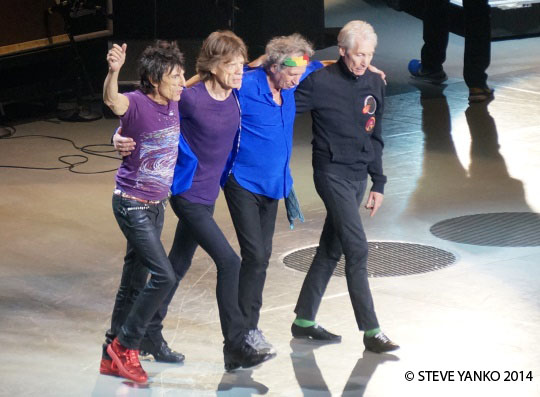 The Rolling Stones taking a bow.

I love The Rolling Stones because their music is honest. The music is inspired by blues music and you can’t get a more honest form of music. In today’s era of multiple song writers to write one pop song, the “Glimmer Twins”, Mick and Keith have written and left us all with a massive number of brilliant songs. Songs that make us sing, make us dance and make us think. I’d love to sit and talk music business specifics with Mick and I’d love to talk about music and guitars with Keith. Even better I’d love to jam with Keith!

Like many people around the world, I felt so inspired, motivated and happy after watching The Rolling Stones in concert…and isn’t that what music is all about?

Thank you to The Rolling Stones for coming to Melbourne and giving your fans a wonderful show.

SET LIST
Jumpin’ Jack Flash
You Got Me Rocking
It’s Only Rock ‘n’ Roll (But I Like It)
Tumbling Dice
Wild Horses
Doom and Gloom
Street Fighting Man
Out of Control
Honky Tonk Women
Before They Make Me Run
Happy
Midnight Rambler
Miss You
Gimme Shelter
Start Me Up
Sympathy for the Devil
Brown Sugar
Encore:
You Can’t Always Get What You Want
(I Can’t Get No) Satisfaction