There were special effects, pyrotechnics, lots of colour, lots of costume changes, glitz and glamour but ultimately what made Katy Perry’s concert last night brilliant was her fantastic songs and her incredible voice.

I admit I’ve been a big fan of Katy Perry’s music since her album “One of the Boys”. I also admit that I haven’t been to many female artist concerts except for Lady Gaga (see my review), Madonna (The Girlie Show tour 1993), Kylie Minogue and Tina Arena (I was working for her at the time). Hence, I was curious to see what type of show Ms. Perry would give us. 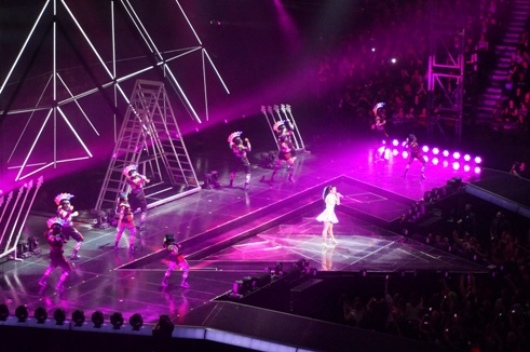 Katy Perry on the Melbourne leg of her Prismatic World Tour. Photo by Steve Yanko. 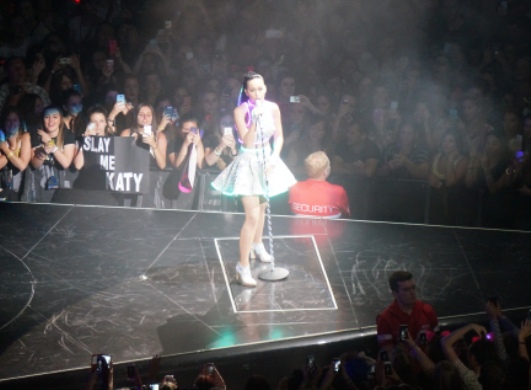 Katy Perry is an amazing singer. Photo by Steve Yanko.

From the outset, I have to say the show is spectacular. I won’t go into details (like I normally do) because I don’t want to spoil the experience for those people who will be going to the show. Nevertheless, I will say that Katy Perry’s voice sounded fantastic and her song choices were great. Katy Perry performs all of her hits and so you won’t be disappointed! I got to hear my favourite Katy Perry song “Thinking Of You” and so I was very happy. 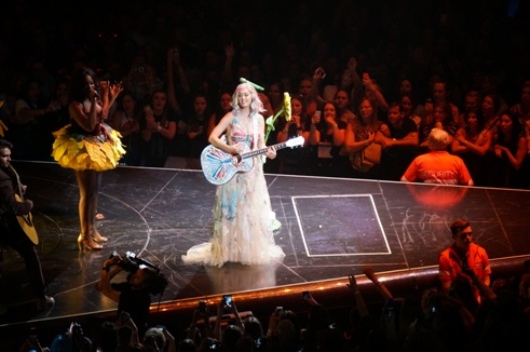 Katy Perry performing ‘Thinking of You. Photo by Steve Yanko. 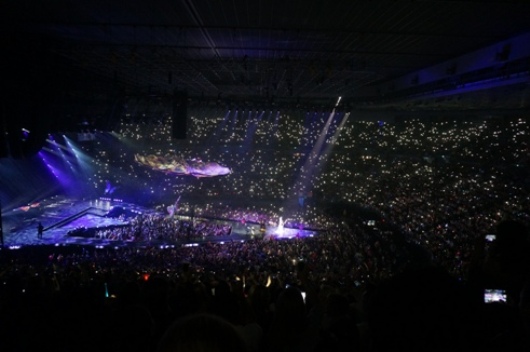 The set design and costumes were brilliant and only enhanced the performances of the great songs. The song set list works really well and there is the right balance of music theatre and rock gig to make the concert a thoroughly enjoyable and entertaining experience. Her backing band was tight and the dancers were so energetic and a major part of the show. 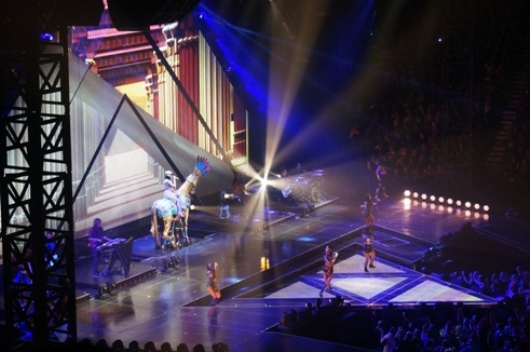 Katy Perry is an absolute superstar. She has all of the qualities of a superstar and you can see why she was signed to a record deal at such a young age. She sings incredibly well, dances, writes great songs and is quite comfortable to talk to her audience/fans regularly. She also has a great, some would say cheeky sense of humour. Katy Perry knows who her fans are and last night she definitely made a huge effort to entertain them and as a result her fan base will continue to grow. 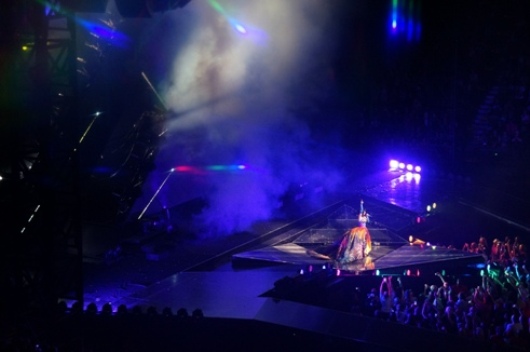 To see so many young girls and teenagers inspired by Katy Perry’s performance last night was a wonderful experience. Imagine how Katy Perry must feel when she hears people scream for her or sing her songs. The enthusiasm of the Melbourne crowd would have made any artist feel grateful. Hopefully, many people would have gone home last night motivated to make their dreams come true the same way that Katy Perry has made her musical dreams come true.

If you get a chance to see Katy Perry live…do it. You will love this show.