In only 5 years the members of One Direction have gone from unknown contestants on a TV talent contest to playing stadiums around the world. Last night I went to my first One Direction concert and I was impressed.

Some would argue that One Direction’s success is attributed to the group members’ good looks and the power of regular TV appearances (on X Factor when they started) and social media. Now that may be true to some extent but the members of One Direction can actually sing and they either write, co-write or choose excellent pop songs (written by some of the best song writers) that connect with their fan base which is mainly teenage girls. If all of these elements were not present these guys wouldn’t last 5 months in the fickle world of pop music let alone for 5 years. 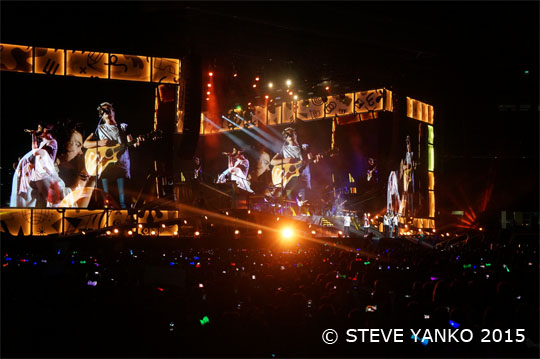 The budget for this tour must be huge because the stage and visual effects were excellent. There was a kaleidoscope of imagery on the video screens and fireworks throughout the show. However, whenever there was a close up of one of the One Direction guys on the screens the screams just increased.

Unlike many other “boy bands” One Direction do not do choreographed dances. Instead the band members move around freely and make use of the entire stage. Depending on the song they spread themselves out across the main stage. In other songs One Direction performed at the end of the stage runway while in the quieter acoustic ballads they sat in an area between the main stage and the runway. That is the extent of their choreography.

Throughout the show each member of One Direction got their opportunity to talk to the audience and as was expected their fans continued to scream. The guys seemed really genuine and regularly thanked their fans for their career success. 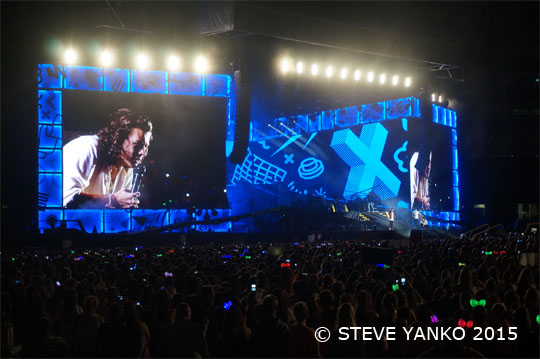 More importantly, each of the guys sang really well. I tried to block out the screams and off key singing (especially from the row behind me) to hear the guys sing and it was great. The One Direction guys have sung these songs hundreds of times but they still continue to sing these songs with passion and the right emotion.
Last night One Direction gave their Melbourne fans a very special Valentine’s Day. They performed most of their hits including One Thing, Story of My Life, Kiss You, Midnight Memories, What Makes You Beautiful, Night Changes, Little Things, Best Song Ever and one of my favourite songs of 2014, Steal My Girl. 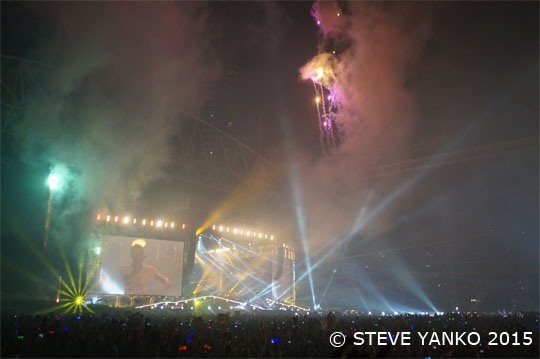 Overall, I really enjoyed this show. The staging and visuals were excellent and the song choices were great. Seeing them live, I got the impression that One Direction DON”T take their success for granted. Last night One Direction made a huge effort on putting on a fantastic show and made thousands of girls feel happy… and for that you can only wish them continued success.