People who know me know that I’m a huge fan of George Michael’s music including the music from his days in Wham! I even started playing funk style guitar by listening to ‘Wham Rap’ and ‘Young Guns’.After that I was hooked and George Michael has been a major, positive musical influence in my life. There was no way I was going to miss this superstar’s gig!

As a teenager I saw George Michael’s Faith Tour in 1988 and now, over 20 years later he was back in Melbourne. A lot has changed but the high quality of George Michael’s songs have been a constant. I wasn’t the only person excited about this show….and being so close to the front of the stage was a bonus!

When George Michael appeared on stage with the final phrase “…here I am…” from the song ‘Waiting’ the crowd erupted at Etihad Stadium. From that point on it was a party where thousands of people listened, watched and danced to the music of one of pop music’s master singer songwriters.

George Michael was backed by a tight band that comprised of drums, bass, 2 guitars, 2 keyboards, saxophone and several backing vocalists. The sound was impeccable. The stage set looked amazing with great visual images on the video screens which were clearly visible to all in the stadium. 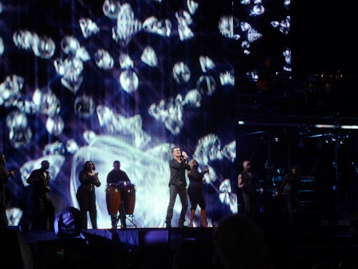 George Michael played a fantastic set that included songs from throughout his amazing career. His performance of ‘One More Try’, ‘Amazing’ and ‘Freedom 90’ not only showed his brilliance as a song writer but as a singer too. George Michael is on record saying that he doesn’t like to tour but that hasn’t stopped him from being a great entertainer on stage. 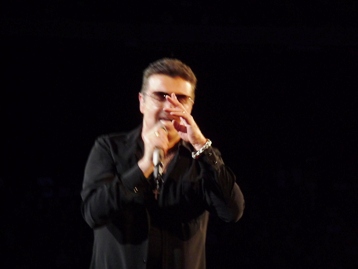 For a 2 and half hour show there were only 2 down points. The first was that during the early part of the show he shouted out a few times “C’mon Sydney”. He jokingly stated later (when he remembered that he was in Melbourne) that he was calling one of his roadies whose name was Sydney. Big laughs. Good recovery. The 2nd downpoint was that he performed two covers. The 1st was ‘Feeling Good’ and the 2nd was The Police’s ‘Roxanne’. Now don’t get me wrong, I really love these songs but George Michael is one of the best songwriters of all times. Frankly, I would have preferred to hear his songs. It would have been awesome to hear I Want Your Sex’ or ‘Kissing A Fool’ live both from his Faith album. 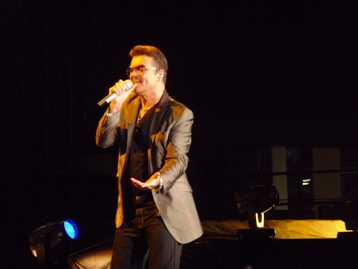 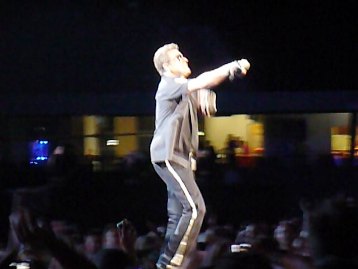