You are here: Home | General | Australian History Should Be A Compulsory Subject.

Australian History Should Be A Compulsory Subject.

For many years I have been saying that Australian students in primary and secondary schools (up to Year 10) should study Australian history as a compulsory subject. As a nation shouldn’t we teach our children the history of our country? If we don’t study our past, how can we prepare for the future? By studying our country’s history we can learn about what we as a nation, society, community did or do well and we can learn from our mistakes.

The obvious question is “what will be taught in Australian History”? I would suggest everything! We should teach our children Aboriginal history and culture. Our children should learn about European exploration to Australia, white settlement and its impact on indigenous people, how the colonies were established, the significance of Federation, our involvement in wars etc. 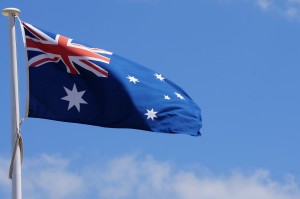 Students should also learn about the history of Australian politics such as our political system, the formation of the key political parties, our system of voting, the Constitution and why Federation was a significant event. By studying these aspects of Australia’s history students will get a better appreciation of how the politics and policies of today will have an impact on their future and their children’s future. They may even appreciate that voting is compulsory in Australia and that freedom of speech is something we are lucky to have.

Interestingly, before somebody becomes an Australian citizen they need to pass the citizenship test. Frankly, I think a lot of people born in Australia would struggle passing the test and that should NOT be the case. How can we expect people new to Australia to pass a test when many people born here may not pass? Don’t get me wrong here, I like the citizenship test. It’s a good way to get people to learn about their new country. However, my expectation is that our children should be taught Australian history so that they know and understand their country better.

Interestingly, a good friend of mine who I respect immensely disagreed with my idea that studying Australian history should be compulsory because, according to him, history is a “…tool that can be used for good and evil”. I guess from my perspective there are many things in life that can be used for good and evil. For instance, if a crazed person goes on a shooting spree, the gun is considered by many people to be an evil thing but if a policeman uses a gun to stop the crazed person from killing more people, then many people would say the gun is a good thing. I sincerely don’t think that our educators in Australian schools will use the study of Australian history for evil purposes…in fact I don’t think my friend believes this too.

In order for history to be objective, I strongly believe that all perspectives of a topic should be presented. For instance, it is a fact that Australian troops were sent to fight in the Vietnam War. Some Australians were in support of this action and some Australians were not. Part of the study of history should be an examination as to why people were for or against the involvement in the war. Another example is the dismissal of the Whitlam government in 1975. Some people in the Australian community were against the dismissal and some people were for the dismissal. These are the facts. There is nothing subjective about this. It is the role of the educator in the classroom to present these facts to their students for analysis and for the students to make up their own mind about the events that took place on November 11, 1975.

Our children are entitled to know the facts about our country. They need to learn about our successes and our failures. They need to understand our culture and they need to be proud Australians. By studying history, students will get a better appreciation of what it means to be Australian.

I’ve always felt proud to be Australian. My grand-parents and my parents arrived in Australia in the 1960s and they always told me that Australia was the best country in the world. I always felt this was true even when I had to deal with a few ignorant racists as a kid. Nevertheless, the more we did Australian studies at school the more patriotic I became.

If, like many people believe, Australia is a multicultural society then we must teach children who were born overseas the history of their adopted country. While it is wonderful that these children maintain their parents’ culture and tradition it is also imperative that these children learn about the history of their new country. By studying Australian history they will better understand their new country and in the future they will feel more Australian and thereby will be loyal to Australia.